We were asked to made a program demonstrating some level of artificial intelligence as part of our lab project. We were directed to design a game or something relevant to games. I thought I’d try and make a talking bot. I had no prior knowledge about how these were made. I specifically wanted to test my skill and performance of delivery when working on completely unfamiliar grounds with unavailable or no prior knowledge of standard practice.

I first tried to to work out what what I wanted in this bot. I realized that programming this using “Language processing” would be difficult and that I’d never be able to complete it in time while trying to figure out things all by myself.

I then decided that I’d make a kind of “Smart system” which would respond to sentences (marked by keywords) while respecting “contexts of the conversation”. Knowing that this wouldn’t amount to a “talking bot”, as in, a bot which could engage in arbitrary conversation, I decided that I’d target making a bot which could speak and respond thematically from a predefined “Knowledge base”; something like at a help desk.

I defined a knowledge base template to imitate a telecom customer care representative. Any examples below refer to this setup.

The “knowledge” would be defined in an external database, hence making to easier to alter or add to knowledge at will. I designed a system with following “features”:

The bot would have to be able to “understand” context. Meaning, it should understand the difference between similar sentences when used in different contexts. For example, when talking about 3G rates, a question like “how much does plan A cost?” should refer to 3G plans only. But, when talking about 2G plans, the same question should mean the cost of a 2G Plan A.

Seeing its necessity, I implemented ways in which the user could define the contexts that could bot could switch to form the current context.

I decided it would simplify things a little bit if I specifically had 2 markers for starting and ending contexts. That is, an context where the bot could expect the conversation to terminate.

To reduce the chances of accidental context changes, I decided that confirmations by the bot could be used to discern context shifts which may have a coinciding set of keywords differentiating the contexts.

There were situations in which the bot was required to spontaneously ask/say things when contexts were shifted. This section stored these texts. 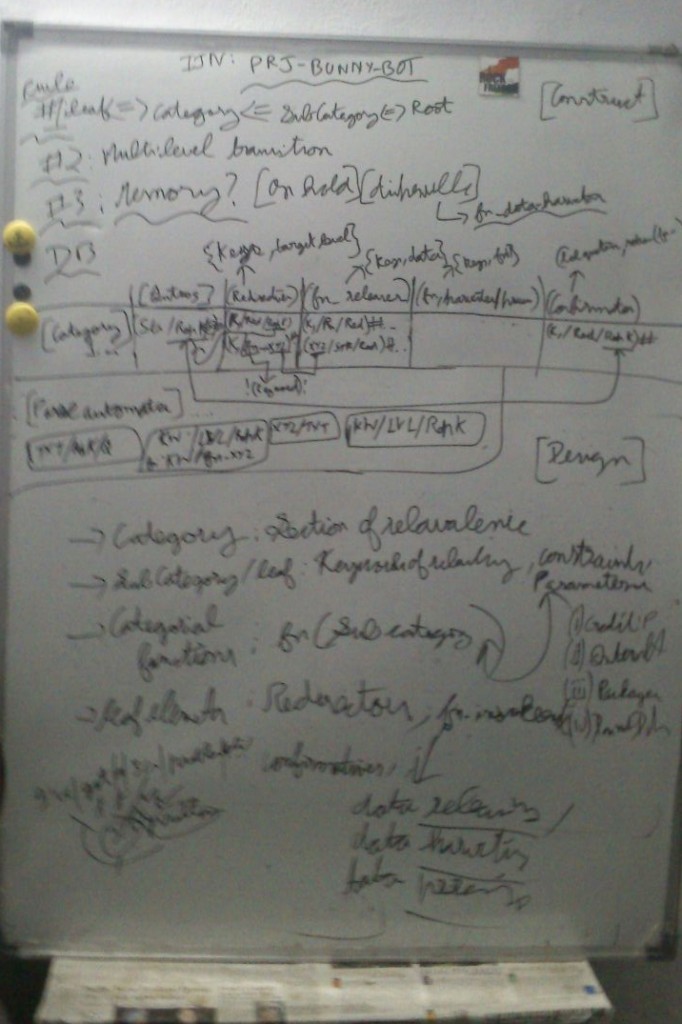 I had white boarded out the basic design in terms of my objectives. A picture just showing the final design which may not legible to most people.

Excerpt from the knowledge database: 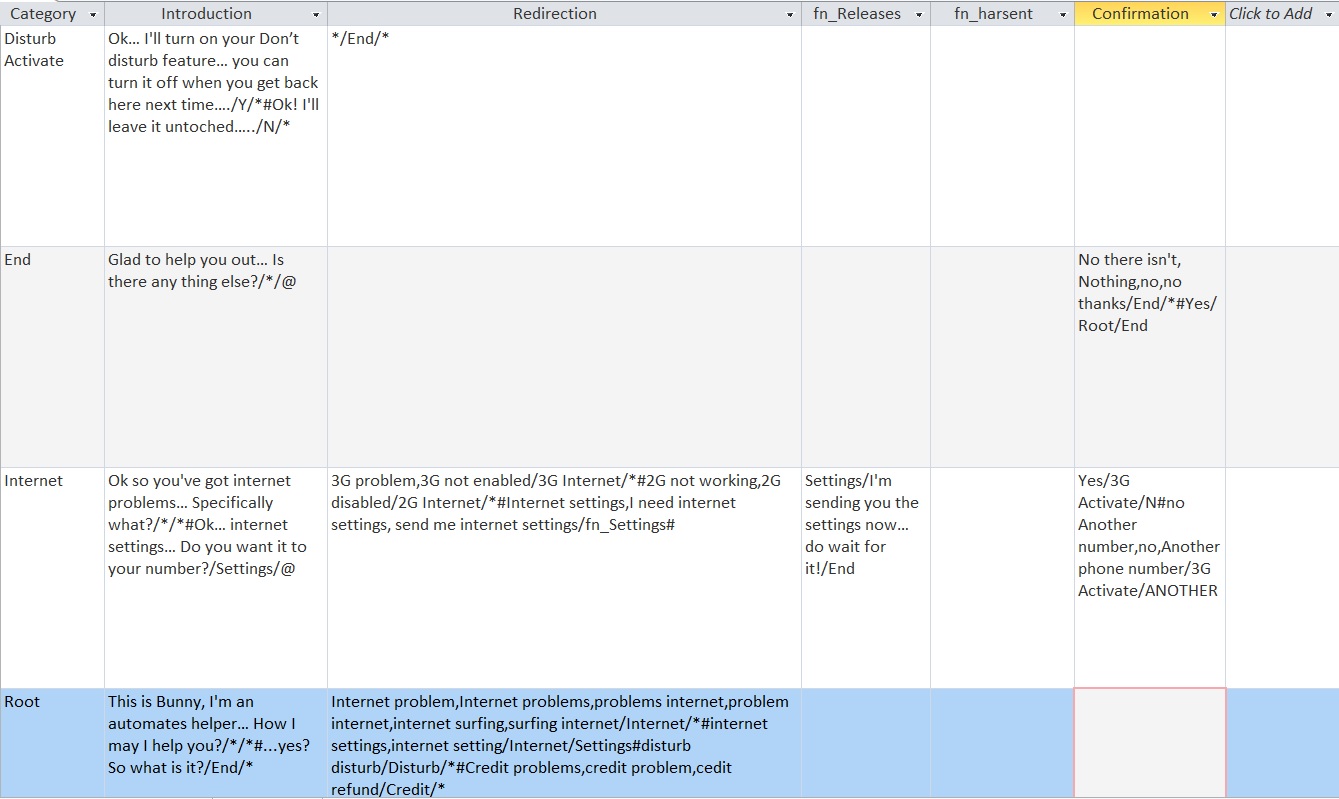 This is the name of the context being handled. The starting and ending context is called “Start” and “End” respectively.

Text’s which need to be outputted upon shifting into this context is stored here. Texts are outputted based on the situation and nuance of the preceding context. This section is broken into 3 parts:

This section is made of three parts or two parts. Each entry is separated by the ‘#’ symbol.

The three part version consists of:

The two part version consists of:

This section is made of 3 parts. They are as follows

This section is considered only if the context shift has the ‘@’ symbol upon redirection from the previous context. As this implies a question in particular, this section deals with handling questions when within a context. Each entry consists of 3 parts:

With the above mentioned system, I was able to model a simple but effective way of programming a “helpdesk” bot by defining it’s knowledge in an external database. A “bot programmer” has to just adhere to the above system and enter details, specifiy redirections, confirmations etc to create a working bot.